For years Google has been using its CAPTCHA technology to tell humans and robots apart. CAPTCHA began as puzzles that were easy for humans to complete but not robots. The technology was created in the 90’s to protect websites from bots flooding them with spam or abusive requests. 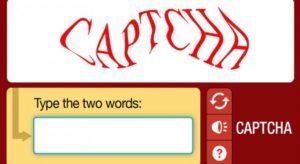 CAPTCHA stands for Completely Automated Public Turing test to tell Computers and Humans Apart. Its most common use is as a puzzle or challenge at the bottom of a form. Usually the puzzle asks humans to type slightly hard-to-read words into a box – something robots would have difficulty doing.

Captcha has evolved since its beginning in the 90’s. Many of the puzzle now include image recognition in addition to the normal word challenge. A few years ago Google launched its No CAPTCHA reCAPTCHA, a simple check box that pops up when entering a site. This simplified the process and allowed sites to ward off bots from the time they tried to enter the site.

Google has recently announced a new invisible CAPTCHA. This new technology is supposed to be able to distinguish between a human and a robot without any direct interaction. The CAPTCHA will allow you onto the site with no interruption if it believes you are a human. If it suspects you’re a robot, it will still force you to solve a CAPTCHA puzzle before entering the site.

This new invisible CAPTCHA should be able to detect bots better, while being less of an inconvenience for legitimate internet users.

You can learn more about Google’s invisible CAPTCHA at Google’s website. 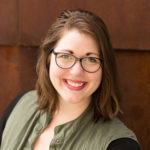 Get the latest updates from Maudience. Subscribe to our newsletter.